IN THE MONUMENTAL CORE

Congress has bestowed on National Mall Liberty Fund DC the honor of establishing a memorial in Washington’s Monumental Core to tens of thousands of African American solders, sailors, marines, patriots and liberty seekers of the Revolutionary War.

We have shared the names of thousands of patriots with communities where they lived, from Connecticut and Massachusetts to North Carolina and New Orleans as part of a continuing effort to explore and explain the nation’s shared heritage and enduring principles.

We have examined over 40 sites and narrowed the search to three, with one showing the most promise because of its unobstructed sightlines to the Washington Monument.  You are invited to follow the progress through a half dozen Federal approving agencies.

Every American is invited to volunteer and contribute resources necessary to meet the deadline of December 2019.

If a race has no history, if it has no worthwhile tradition,
it becomes a negligible factor in the thought of the world,
and it stands in danger of being exterminated.

On Plans for a National Liberty Memorial on the National Mall in Washington, D.C.

Supporters need your help to build the National Liberty Memorial

Yolanda Vazquez talks with Maurice Barboza about their communities.

Governor Northam, Spearhead the Memorial to the Forgotten Black Patriots of the Revolutionary War

“You could inspire Virginians and the governors and citizens of states where as many as 10,000 African American Revolutionary War soldiers and patriots once resided.” 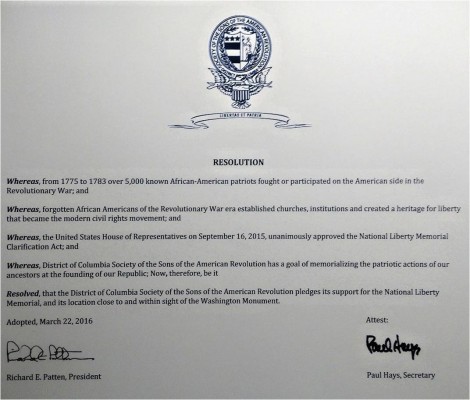 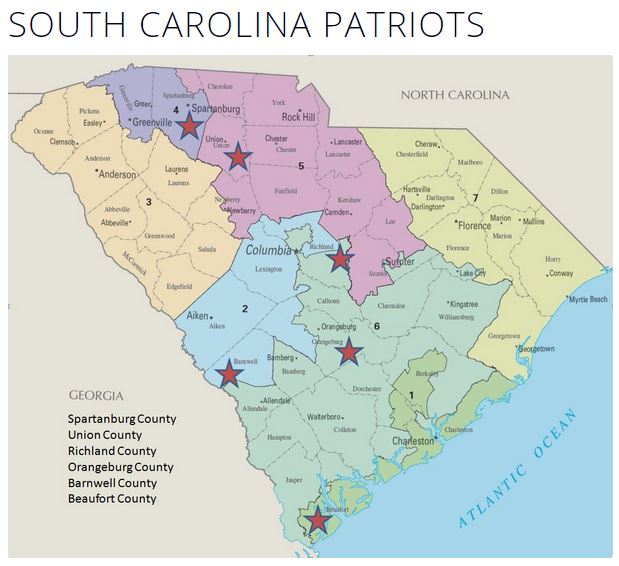 “Supporters of the National Liberty Memorial must raise at least $6 million to fund the memorial’s design and construction.”

Barboza’s mission is to raise awareness about the role of African Americans in the Revolutionary War. At least 5,000 black soldiers, and possibly as many as 10,000, fought for independence from the British.

The efforts to document the black soldiers who fought in the Revolutionary War were a result of the legal battle by his aunt, Lena Santos Ferguson, to join the DAR, and the group eventually compiled a vast volume of more than 6,600 African Americans, American Indians and those of mixed heritage who supported the fight for independence, called “Forgotten Patriots.”

But Barboza’s mission is far from done. Supporters of the National Liberty Memorial must raise at least $6 million to fund the memorial’s design and construction. 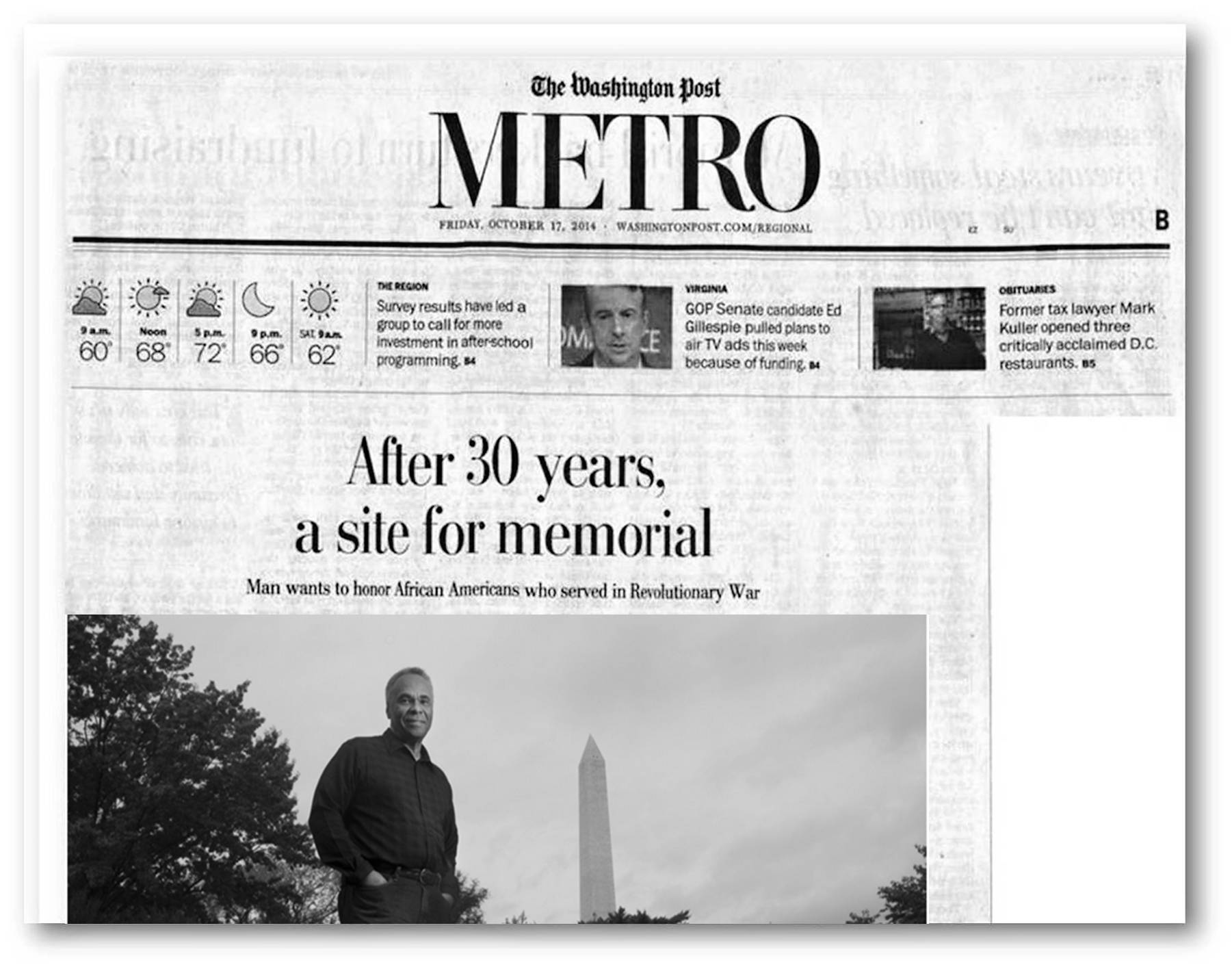