Whereas a large proportion of black recruits were inhabitants of the original thirteen colonies;

Liberty Fund DC has shared the names of over 3,000 local patriots with 426 cities, towns and counties in five states.  The names of patriots from communities in four of the states are listed on the last pages of the fact sheets attached. 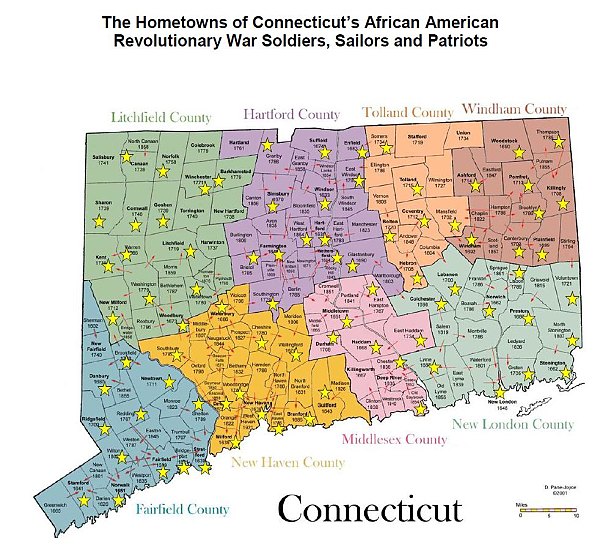 At least 820 African American soldiers and seamen (patriots) served in the Revolutionary War from Connecticut. (This does not include those who provided civilian assistance or demonstrated a personal desire to be liberated from enslavement.  Many men, women and children ran away or filed freedom petitions with courts and the General Assembly.)

Connecticut’s 820 patriots represent 16 percent of the known 5,000 who served from the 13 colonies and territories.

At least 562 African American patriots are connected by birth, enlistment or residence to a town.

Of Connecticut’s 169 towns, 80 are connected to an African American patriot. 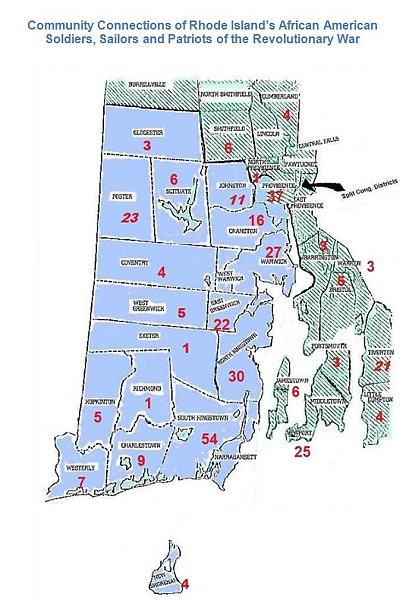 At least 783 patriots served in the Revolutionary War from Rhode Island.

At least 272 patriots are connected by birth, enlistment, residence, marriage and death to multiple Rhode Island communities.  346 are traceable so far to 29 towns.  (The map shows the number of patriot connections.)

Almost 16 percent of the 5,000 known patriots resided in Rhode Island.

118 patriots are connected by birth, residence, enlistment, marriage and death to the 1st Congressional District and 228 to the 2nd.

Towns in the First Congressional District

Towns in the Second Congressional District 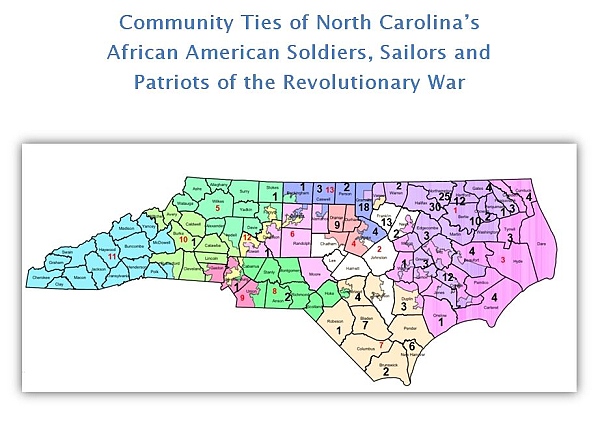 At least 257 patriots served in the Revolutionary War from North Carolina. Initially, NC sought to disarm blacks, impose curfews and bar them from service. On May 9, 1777, the General Assembly made military service mandatory for men 16 to 50, regardless of race.

At least 208 patriots are connected by birth, enlistment, residence, marriage or death to 39 counties in NC.

Just over 5 percent of the 5,000 known soldiers resided at one time in NC.  However, every black citizen of NC at the outset of the Revolution was required to subscribe to an Oath of Allegiance. Every one of the estimated 200,000 blacks in NC in 1775 is by definition a patriot, making every descendant in theory eligible to join a heritage society.

Counties in the First Congressional District

Counties in the 2nd through 13th Congressional Districts 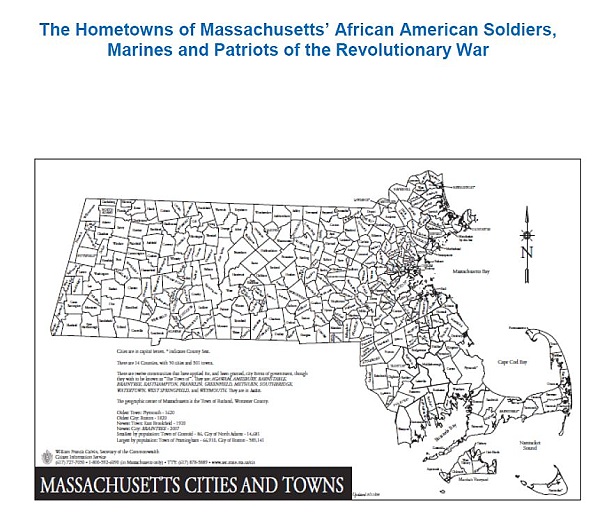 At least 1,570 patriots served in the Continental Army and state militia of Massachusetts.

At least 1,174 patriots are connected by birth, enlistment or residence to a Massachusetts community.

31 percent of the 5,000 known patriots resided in Massachusetts

48 percent of the 5,000 known patriots resided in Massachusetts and Connecticut.