The National Defense Authorization Act of 2013, Public Law 112-239, was signed by the President on January 2, 2013.  Section 2860 (b) authorizes the National Mall Liberty Fund D.C. to establish a memorial in Area I or Area II of Washington, D.C.

The National Liberty Memorial would honor thousands of enslaved and free black persons who served as soldiers and sailors or provided civilian assistance during the American Revolution.  Federal funding is prohibited.

Sens. Joseph Lieberman and Charles Grassley (with Sens. John Kerry and Christopher Coons joining as cosponsors) introduced the amendment with the support of the  Senate Armed Services Committee.  The Senate approved it on December 2, 2012.  The House Armed Services Committee accepted the amendment which was incorporated into the conference report that cleared Congress on December 21.

The Senate Energy Committee had already reported S. 883 on January 13, 2012, a bill similar to the amendment  and also introduced by Sens. Lieberman and Grassley.  Also in the 112th Congress, Reps. Donald Payne, deceased, and Frank Wolf sponsored, H.R. 2181.  No action occurred on the House companion bill.

Sens. Chris Dodd and Grassley and Rep. Payne introduced the National Liberty Memorial Act in the 109th, 110th,  and 111th Congresses.  The bills of the 109th and 110th proposed to retain a site already approved for a previous project at Constitution Gardens.  However, a 2003 moratorium on future construction on that portion of the Mall, known as the Reserve, stood in the way.  A revised bill introduced in the 111th sought an unspecified site in Area 1.

The Senate Energy Committee, August 5, 2010, unanimously reported S. 2738 as it would two years later. The House parks panel took no further action on H.R. 4036, the companion bill, although a hearing was held on September 16, 2010. 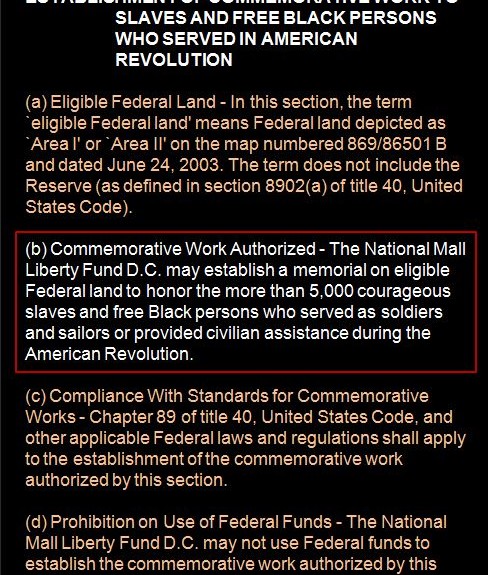 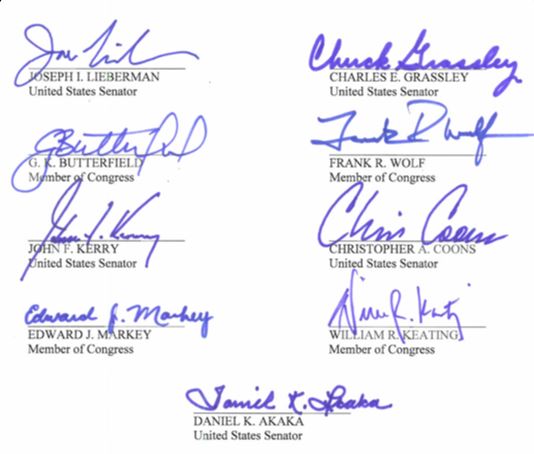 African American patriots numbering 4,807 hail from 20 states represented on the House Armed Services Committee during the 112th Congress. There could be at least two (2) to six (6) million descendants.
Scroll to top 4/vQBko2fsSIVD4YcOw-flmcnF65uat3SheO4SyGePDdGCtt5XlhJih3k