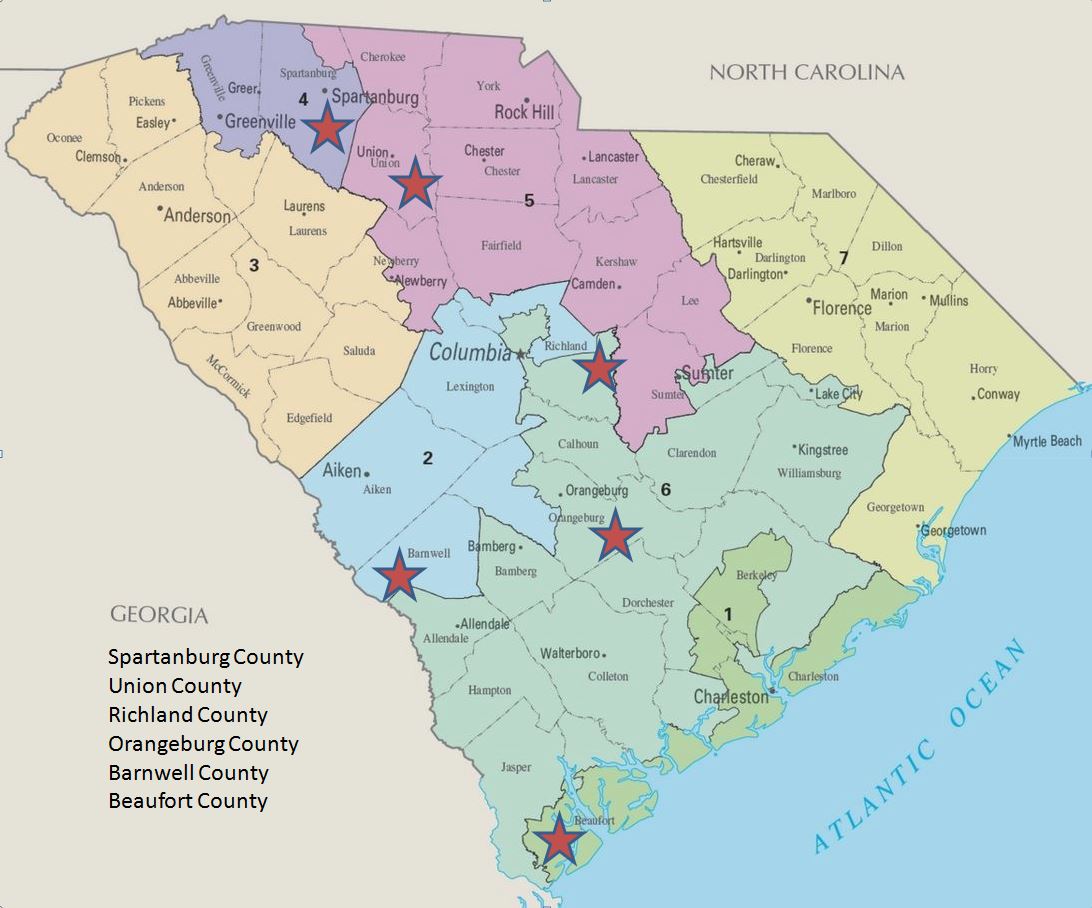 Twelve known patriots can be associated with a county or a congressional district.  Four patriots are from Orangeburg, three from Richland and one apiece from Spartanburg, Union (formerly Union District), Beaufort (formerly Granville County) Christ Church Parish and Barnwell (formerly Barnwell District).

Patriots once lived in the 1st, 2nd, 4th, 5th and 6th congressional districts.  Reps Jim Clyburn and Joe Wilson share seven patriots.  Both represent one additional patriot from Beaufort and Barnwell counties, respectively.  Rep. Mick Mulvaney represents 15 who were at the decisive Battle of Cowpens according to the National Park Service.

Resolved by the Senate and House of Representatives of the United States of America in Congress assembled. That—

(3) the Congress encourages State legislatures and city councils, especially those located in jurisdictions that provided black soldiers to the Continental Army and to State and local militias, and in jurisdictions where battles occurred, to issue proclamations acknowledging black contributions to the cause of freedom;

Click here for a list of the 235 House and 28 Senate cosponsors (98th Congress – 1984), including 10 current members and two former members from South Carolina.

Liberty Fund DC has shared the names of over 3,000 local patriots with 426 cities, towns and counties in five states, including Massachusetts, Rhode Island, Connecticut, Virginia and North Carolina.  On December 11, 2015, the names of South Carolina patriots were forwarded to 46 counties, 293 cities and towns, the governor, members of Congress and state legislators.  The tools on this page will empower leaders to honor home town and home state patriots with speeches, proclamations and resolutions. 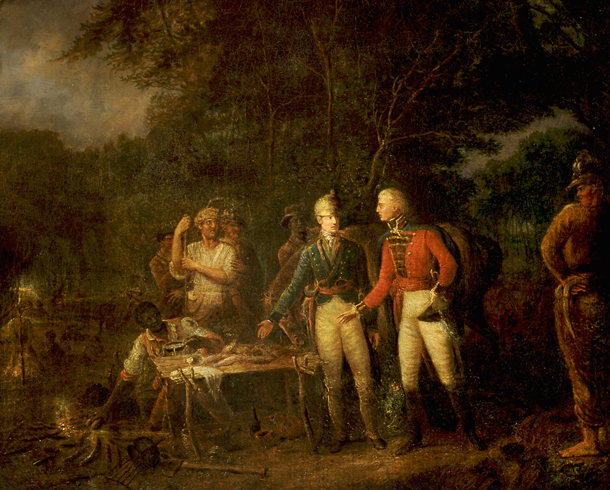 Oscar (Marion of Berkeley County, South Carolina) fought in the siege of Savannah in 1779, the siege of Charleston in 1780, and the Battle of Eutaw Springs in 1781. His efforts alongside Gen. Francis Marion and his militia helped set up the Continental Army’s eventual victory over forces led by British Gen. Charles Cornwallis at Yorktown, Va.
-Tina Jones, a descendant of the Marion Family of South Carolina and Georgia

Draft Documents and Background for Municipalities, Counties, the General Assembly and Office of the Governor of South Carolina 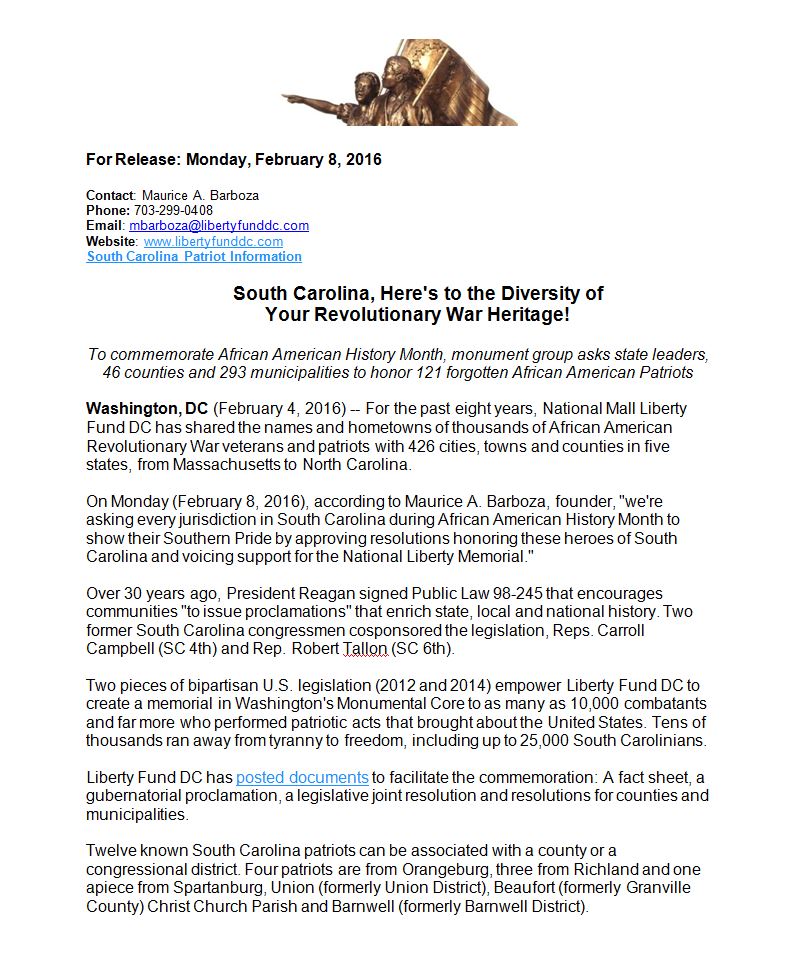 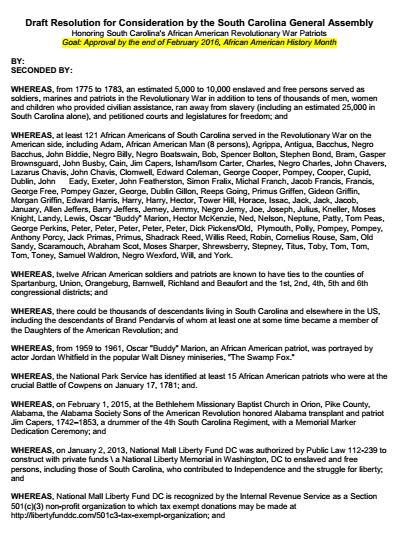 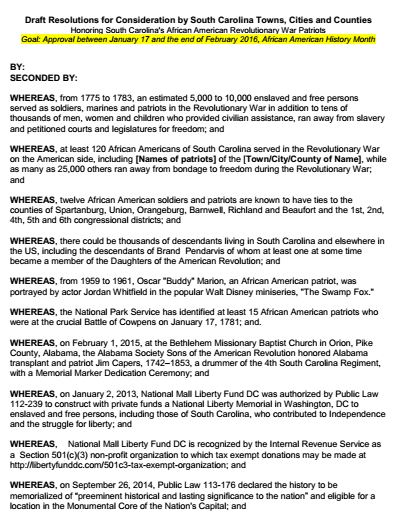 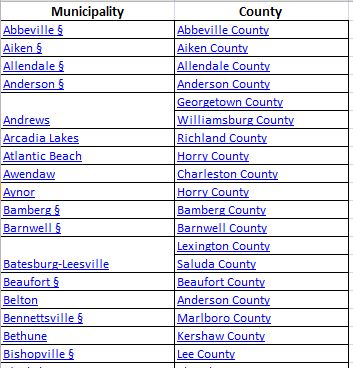